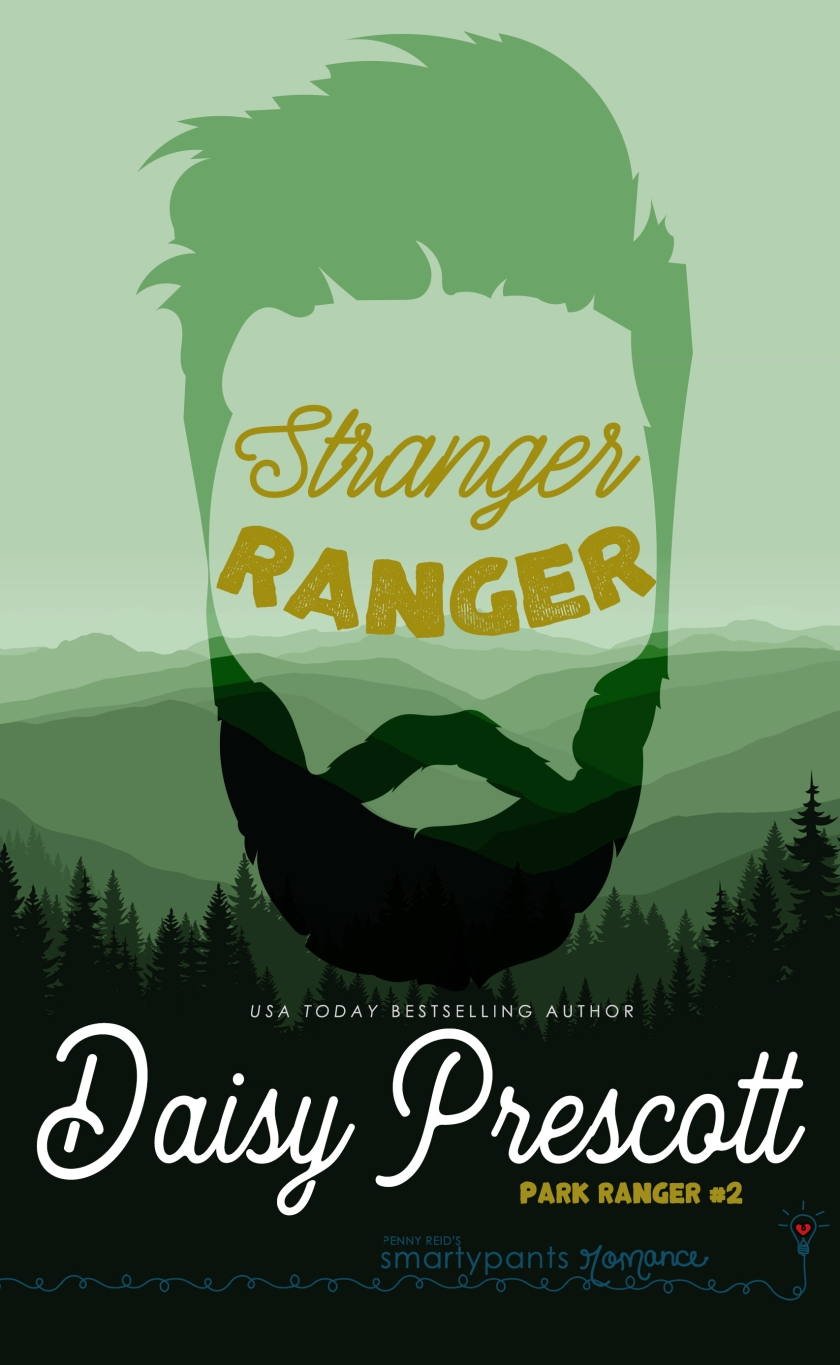 New park ranger Daphne Baum is a reformed good girl. Breaking free from her overbearing family as soon as she turned eighteen, she’s been on her own ever since. The life of a park ranger, moving from park to park, suits her just fine. Though still a rule follower, she’s okay with a little sin in her life.

Every generation of Hill men has its black sheep. The general consensus among the family is that Odin Hill is the lucky bastard this go around. At seventeen, he blew out of town like an angry tornado only to return fifteen years later withdrawn and secretive. Living like a recluse in the hollows in the Smoky Mountains, he’s happy to keep to himself and is content to let locals believe he’s the town weirdo. Odin prefers the company of his pet pig to the nosy citizens of Green Valley.

When Daphne discovers Odin might be committing nefarious deeds on park land, she vows to find out the truth behind the handsome, yet chaotic, loner. Will the stranger help the ranger discover the difference between being good and doing the right thing? Or will they find themselves on opposite sides of love?

‘Stranger Ranger’ is a full-length contemporary romance, can be read as a standalone, and is book #2 in the Park Ranger series, Green Valley World, Penny Reid Book Universe.

Check out Happy Trail, book 1 in the Park Ranger series of standalones, FREE in Kindle Unlimited! By early afternoon, the crowd at the farmers’ market fades, leaving only stragglers, bargainers, and tourists sampling the charms of small town life.

I’ve had enough people for the week I’m looking forward to the quiet of my own company. All the talking and friendly chatter exhaust me. You’d think vegetables would sell themselves given they’re pretty self-explanatory. Yet folks wanna hear a story about a carrot being grown from the guy who pulled it out of the dirt himself. So I play my part of the happy farmer at the stand. It’s my bad luck I’ve always been charming. Part of my DNA.

My family has lived in the mountains surrounding Green Valley longer than anyone around here can remember. Before there was a National Park or even a Cades Cove, the Hills had established a homestead in the Smokies straddling Tennessee and North Carolina.

Because our last name is Hill, some people like to joke we put the hill in hillbilly. Jethro Winston for example. He’s hysterical. Some people think they have a sense of humor when they’re just being mean-spirited. As my Nannie Ida always says, glass houses provide good views, but then again, so do mirrors.

This is why I prefer the company of Patsy over most folks. She’s smart, a good listener, tidy, and doesn’t give a damn about my family and reputation. She has more class than a lot of the gossips and Sunday church-goers around here.

After I consolidate the remaining produce into crates and load up the van, I fold the tables and collapse my tent. While I work, the face of the brunette ranger floats through my mind.

She looked familiar but I didn’t recognize her name. It isn’t likely our paths have crossed. I don’t get out much and I’m not hanging around the bars or the visitor center in Cades Cove. Normally, one of my cousins covers the stand at the weekly farmers’ market and I can avoid the crowds. This is what happens when I let my guard down and am forced to engage with the public. I get iceberg and Bible quotes. I’ve never been a fan of either.

Bothered I’m still thinking about her, I close and lock up the van.

She gives a happy snort and steps closer to where her leash hangs on the top rail of her pen.

When the two of us stroll through town, folks stare. It’s worse when they insist on sharing a comment, tell the same old joke, and, in general, make a fuss. Honestly, I assume at this point people seeing the two of us together would be old news around here.

Guess some folks don’t have enough going on in their lives that they need to make commentary about people minding their own damn business.

I don’t understand what the big deal is about a man walking his pig.

Patsy’s excellent on a leash. Doesn’t pull. Has never instigated fights with dogs. Hasn’t bit anyone. Doesn’t do her business in the middle of the sidewalk. In my mind, she’s much better mannered than any old hound dog.

Except the one time she trampled Mrs. MacClure’s flower bed. Even that was my fault for not paying closer attention to where we were walking.

If I had to find fault with her, Patsy thinks she’s in charge. And she’s a little more than spoiled. I only have myself to blame.

“Clarice, please tell me you see that man walking his pig.” A woman shouts to her friend and points from about three feet away.

“I’m not invisible,” I tell her with a flat smile.

“Oh dear.” Her companion rolls her eyes. “You’re a tall drink of cool water, aren’t you?”

The question is rhetorical. Being compared to a refreshing beverage doesn’t require a response, so I remain quiet. Patsy tugs on her leash and releases a frustrated snort that we’ve stopped walking.

“You two have a nice day, m‘kay.” I step off the sidewalk to pass them.

I’d like to say their behavior is atypical. If I hear “You’re like the Jolly Green Giant. Only less green” one more time …

For the record, I am not jolly.

There must be something in the well water around here. We grow ‘em tall in Green Valley.

Does a pig need to be walked on leash for health and exercise? No.

I’m the only weirdo in all of Green Valley who likes to take my daily constitutional accompanied by a sow. Not even Cletus Winston is as much of an oddball as I am. And that’s saying something.

He’s only interested in pigs and boar in terms of sausage. In my opinion, he’s missing out. If we were friends, or even friendly acquaintances, I might suggest we partner up. Truffle salami can be incredible. Or so I remember. I don’t eat pork anymore. Not since I’ve had Patsy. I’d be offended if she ate human body parts around me.

Hogs will eat pretty much anything you give them. A few years ago a pig farmer went missing. Wife said he ran off with his mistress. Everyone believed her until his gold tooth turned up in the muck and mud of their hog pens. Macabre, but true.

I don’t eat pork and Patsy doesn’t eat me. It’s an unspoken pact between us.

Not that she’s some sort of demon pig crazed with bloodlust. Not at all. She’s the best pig in eastern Tennessee. Don’t need a blue ribbon from the state fair to make it true.

This leisurely stroll around town is all part of my ruse.

If someone sees us ambling someplace we don’t belong, they’ll leave us alone, which is the entire point.

There’s freedom in being a weirdo. Folks keep their distance. Sure, there are the asinine comments, but for the most part they assume I’m dim-witted or crazy. Fine by me. With or without my porcine sidekick, I’ve always been different. I learned early on that people like to form and hold onto their own opinions. Pointless to try to change someone’s mind. What they think of me is their problem, not mine.

Born and raised in San Diego, Daisy currently lives in a real life Stars Hollow in the Boston suburbs with her husband, their rescue dog, Mulder, and an imaginary house goat. When not writing about herself in the third person, Daisy can be found traveling, gardening, baking, or lost in a good book.

Never Hollowed By The Stare